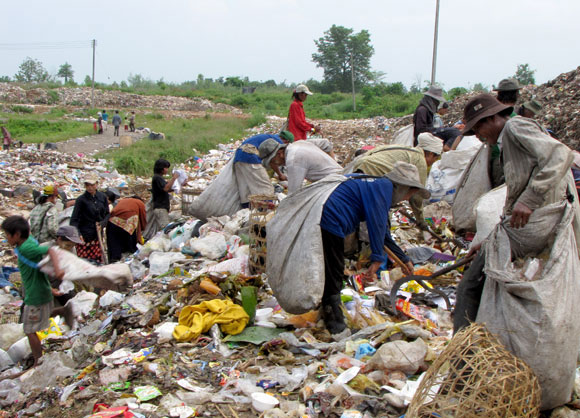 Thailand needs to better target its programs and policies to more directly address the problem of poverty, according to a new World Bank report released yesterday.

Poverty is reemerging as one of the nation’s most serious problems, according to the Thailand Social Monitor: Poverty and Public Policy. Until the onset of the crisis in 1997, high economic growth rates had pulled poverty down from 32.6 percent of the population in 1988 to merely 11.6 percent in 1996. But this progress was reversed due to the crisis, and poverty increased to 16 percent of the population or about 10 million people.

“High growth rates had a dramatic effect on poverty rates in the ‘80s and ‘90s, and a resumption of vigorous growth will be essential to reversing these adverse trends,” says Ian C. Porter, World Bank Country Director for Thailand. “However, structural poverty among certain sub-groups and in certain areas may need more targeted programs and policies to help these long term poor climb out of poverty.”
The report’s authors, who collaborated with staff from the NESDB, TDRI, Thai experts and international academics, emphasize the importance of properly targeting poverty to address the entrenched or “structural” poverty that remains. The highest rates of poverty are mostly found among the Northeastern provinces of Surin, Kalasin, Sakon Nakhon, and Roi Et, the Northern province of Mae Hong Son, and the Southern provinces of Narathiwat and Yala. Poverty is also significant in other Northeastern provinces and in a few of the Northern and Southern provinces. The Northeast accounts for nearly half of all Thailand’s poor households. At the village level, all the poor in Thailand are living in roughly 27 percent of the country’s villages.

The authors emphasize targeting poverty programs at the village level. “Block grants and other anti-poverty interventions targeted to the poorest villages are likely to be a better use of public funds than universally distributed programs, at least from an equity perspective,” the report says. Better data on village-level poverty may soon be available, and this would enable Government programs to identify and reach the poorest villages.

“Education beyond the primary level is the surest pathway out of poverty,” says Porter. “Education also seems to make people less vulnerable to economic shocks.”
Not only did farmers with very small farms (under 5 rai) not participate in the boom period of the early and mid-1990s, but they also lost ground during the economic crisis of the late 1990s. As a result farmers with very small landholdings as a group are poorer today than they were at the start of the decade.
Inequality continues to be a problem in Thailand, with the richest fifth of the population holding 58.3 percent of the income in 1999 and the poorest fifth of the population sharing just 3.9 percent. The report concludes that increases in inequality in different Thai provinces have substantially offset the potential poverty gains from growth. At the national level, inequality of income distribution increased in Thailand between 1998 and 1999, pushing an additional 2 million people into poverty.
The report analyzes the admirable self-reliance of Thai families in providing safety nets to their neighbors and relatives. Gifts provided to poor Thai households prevented another 6 percent of the population from falling into poverty in 1999. The rise in community activism and self-help activities during the crisis has also played a role in cushioning the effects of the crisis. “This key attribute of Thai society, family self reliance and community-based support, is indeed the country’s secret weapon against economic shocks; it is frequently underestimated,” notes Porter.

Poverty and Public Policy uses national household survey data to review many Thai programs that address poverty. Public employment schemes were highly successful in targeting the poor and could be used again even more successfully if designed to expand quickly in times of economic crisis. Other programs were less successful, including the key scholarship and school loan programs that if better targeted would help the poor attend secondary and higher education.

“Thailand has had a highly successful record in reducing poverty, in putting girls and the poor in school, in delivering programs that do indeed help the poor,” says Porter. “Our message is not that Thailand has failed; our message is that the poverty порно видео problem has come back, probably in a more difficult form. Easy to find, but more hard to reach. Thailand will have to work harder to reduce it.”